From Gucci to Chanel: Here’s Our Most Favorite Korean Male Celebs Endorsed by High Fashion Brands

In the past few years, Korean celebrities joined the global A-list celebrities by many high fashion brands. From G-Dragon, CL, to Jessica Jung—they are regular names in fashion shows and after parties.

Now it’s time to get your heart ready, as we pick our most favorite Korean male celebs endorsed by high-fashion brands: Lee Dong Wook appeared in several fashion editorials such as NYLON and Esquire wearing Gucci head-to toe. He has been familiar with the brand since 2013. The brand’s favorite since 2017, Sehun does not only do editorial photoshoot for Louis Vuitton, but attended Louis Vuitton shows. He was twice dubbed as Vogue’s best-dressed man at the shows. Burberry’s street style DNA suits Mino’s hip-hop style the most. He was seen out and about wearing Burberry, does photoshoot, and became a social media sensation during Burberry shows. The list won’t be complete without one of Karl Lagerfeld’s own favorite. He’s one of Grand Palais regular, and has been consistent with his gender-bending looks on the red carpet and the streets. 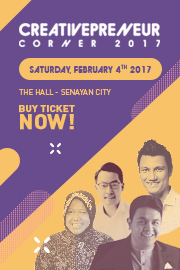